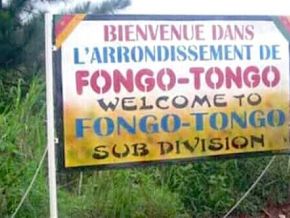 It is said that this commune of the West is actually the target of armed bands and kidnappers. True?

Credible sources reveal that Fongo-Tongo has become the target of armed bands who claim to be secessionists. They loot the farmers’ resources, burn shops and houses and kidnap citizens.

In the morning of July 11, 2018, a source whose family lives in the area informed that 8 people were kidnapped. “Actually, the area is safeguarded by the defense forces”, the source adds.

Fongo-Tongo has also become the scene of exactions because it is near the Southwest which is confronted with socio-political tensions.

In addition, many residents of Fongo-Tongo flee from the region to Dschang located 10 kilometers from the region. About 20 men protested to require the dismissal of the police commissioner.