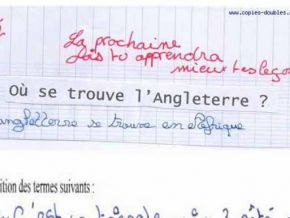 Is it true that the Baccalaureate results are being delayed because correctors have not been paid?

Those correcting the official exam sheets are angry to have not been paid. True?

On July 11, the minister of Secondary Education, Ngalle Bibehe, signed a press statement to deny rumors claiming that professors who are to correct exam sheets for the Baccalaureate have not been paid. Yet, some of those correcting the BEPC and Baccalaureate are in fact really frustrated. “Why pay the correctors in part of the country and neglect others?” asks Paul Ombiono, chief of communication of National Union for Education and Training (SYNAEF).

In actual facts, each corrector gets FCfa150 per exam sheet. Given that each of them corrects 200 sheets average, that makes about FCfa30,000 for their work. “Half of this is paid after the work is done and the rest is paid after deliberations,” Ombiono said.

Deliberations consist in re-reading the work of students, re-check through calculations and decide on final grades. It is only after these that full payment is made. This stage is yet to be reached. “Worse, those correcting the BEPC have not even received the half of the pay they should have,” Ombiono continued.

In his press release, the minister said “the payments are made in steps in accordance with instructions given to regional delegates”. He further added that everything was being done to make sure the rights of those that intervened in the official exams. In the meantime, high school final year students have no idea if they will enter the university or not.