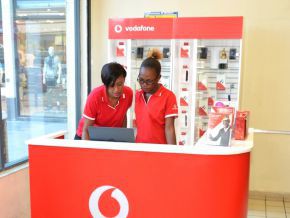 Following its withdrawal, it seems that Vodafone Cameroon will reimburse its former subscribers via Mobile Money

It seems that there is no need to worry after the telecommunication operator announced that it withdrew from Cameroon.

The main concern of the former subscribers of Vodafone Cameroon is to know if the company will reimburse them following its exit on November 10, 2017, from Cameron. As a result, they were asking many questions on Forums.

Is it true that the firm will reimburse the balance via Mobile Money as it was announced?  Vodafone answered this question on its Facebook page: the outstanding balance of every former subscriber will be repaid via Mobile Money latest by the end of November 2017.

Through which number will the subscribers receive the transfer? The company explained that an amount equivalent to the remaining airtime will be transferred via Mobile Money to the number the subscriber registered with.

What about the latest bundle a subscriber bought? Vodafone answered that the last bundle and all the balance in every subscriber’s account will be repaid automatically by the end of November 2017.