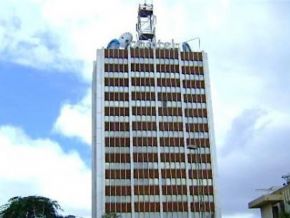 Yes, Camtel’s CDMA is equivalent to the 3G network

This third-generation technology helps serve subscribers in a 30 to 50 kilometers radius from the place where its antenna is located.

Cameroon Mobile Telecommunications (Camtel) Code-division multiple access (CDMA) was set in 2006. For some people, it is a technology much better than the 3G network used by operators like Orange or MTN. An explanation provided by the Telecom regulator helps understand that these beliefs are just bias.

The regulator indicates that CDMA is similar to GSM but, the difference is that the CDMA terminal is a wireless radio-handset apparatus normally installed at the subscriber’s place. "This third generation technology helps serve subscribers in a 30 to 50 kilometers radius from where its antenna is located, depending on the topography. The installation of a line for a subscriber won’t thus necessitate the use of wires and poles that usually constitute obstructions", this regulator explains.

It adds that "depending on the network coverage, the distinction between CT Phone (CDMA) and mobile GSM/3G/4G in Cameroon, from the subscriber’s point of view, is more of the perception and image of the operator, its marketing strategy than technical functioning and practical use".

For years now, Camtel has provided mobile terminals called "CT Phone" to its subscribers. These terminals are CDMA compatible and allow network access in the whole country.