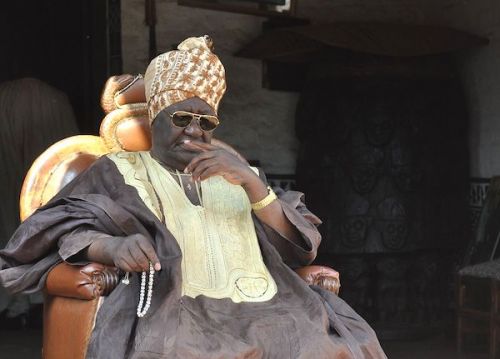 Following the election on December 12 of his son, Seidou Mbombo Njoya, as the new president of Fecafoot, rumors suggest Sultan Njoya also held this position in the past. True?

Between 1961 and 1964, the current Sultan of Bamoun people, Ibrahim Mbombo Njoya, was indeed president of the Cameroonian Football Federation (Fecafoot) and, at the same time, the Commissioner General for Youth, Sports and Popular Education.

The website of RDPC (ruling party, of which the Sultan is a Central Committee member) provides details on his long career in the Cameroonian administration. On January 7, 1982, for example, Mbombo Njoya was appointed Minister of Youth and Sports and he got the same position on September 7, 1990. Two years later, in 1992, he succeeded his father, Sultan El hadj Seidou Njimoluh Njoya. Since then, he became Sultan and has been residing in Foumban in the department of Noun, Western Region.