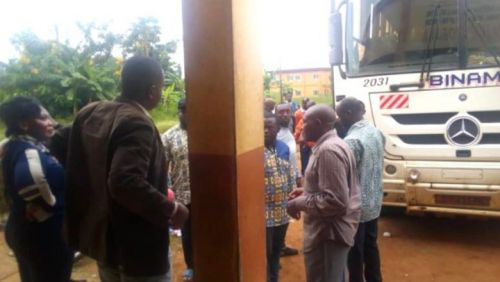 Rumors have it that the period was reduced to 45 days. Is it true?

Several Facebook posts claim that the inter-urban transport company Binam Voyages has seen its suspension period reduced from three months to 45 days. It is indeed true.

The information was confirmed by the Minister of Transport, Jean Ernest Masséna Ngalle Bibehe. “I have decided to reduce the duration of the suspension of your company's activities from three (03) months to forty-five (45) days,” the Minister indicated in a letter sent, on December 10, 2019, to the director of Binam Voyages Sarl. The letter was later leaked on the internet.

“You are therefore free to resume, but in strict compliance with the regulations in force, to your activities as from Saturday, December 14, 2019,” the letter, authenticated as an original document by sources at the Ministry of Transport, orders. According to Minister Ngalle Bibehe, this sentence reduction follows the withdrawal of the company's ex gratia appeal and its request for a stay of execution. It is also motivated by the recent organization of the company's driver training and retraining seminars.

According to the official, all these measures reflect the "determination" and "willingness" of Binam Voyages' management "to improve the safety of its passengers (...), and to scrupulously observe the specifications of the inter-urban passenger transport companies.”

As a reminder, Binam Voyages was suspended on 29 October for a “possibly renewable” period of three months. The suspension was decided after one of Binam Voyages’ buses was robbed in Obala (Centre) by armed and unidentified individuals who had been irregularly boarded along the way and had dispossessed passengers of their belongings (phones, money, valuables).