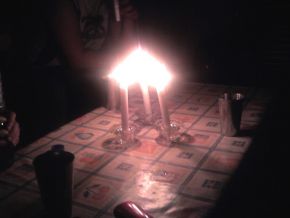 Did Eastern wizards demand bags of rice and onions to mystically turn off the electricity?

A letter with their demands addressed to the director of former Sonel is currently going around. Is there any truth to it?

The story actually dates back to 2014, but has been brought back to the front page because a curious letter is currently being shared on social networks. This is a letter signed on 8 April 2014 by the Sous-Préfet of the Moloundou Arrondissement, in the Eastern region, and addressed to Jean David Bilé, former managing director of the electricity company Aes-sonel, which has now become Eneo. In this supposedly serious note, Mr Avom Dang claimed to be the spokesperson of a group of wizards. They gave ultimatums to stop mystically vandalising Aes Sonel’s infrastructure and therefore stop untimely power cuts in this region. It can seem funny, but the plaintiffs were very serious in their demands.

The wizards demanded among other things, bags of rice, soap, onions, salt, 20 L of traditional wine and cash money for the Sous-Préfet and his team. The Sous-Préfet even stressed that “the wizards after listing their demands, confessed that Sonel is having so many issues because it never officially commissioned its installations in this part of the country”. Installations which apparently prevent the wizards from landing their mystical aircraft.

This famous letter generated many articles in newspapers three years ago. Curiously enough, there are still many power cuts in the Eastern region, based on the declarations of those living there. “In Mouloundou, electricity is even almost never thought about”, continues Sébastien, a journalist. One could think that since that time, the national company in charge of electricity has not taken the threats of the wizards very seriously...