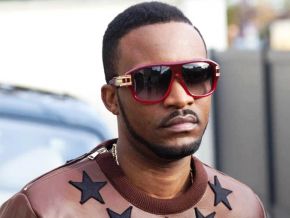 No, Fally Ipupa was not slapped in Yaoundé!

People claim that during one of his shows in Yaoundé, the singer was slapped. True?

Well, some people mistaken a tap at the back of the neck with a slap.

On Friday, May 11, 2018, Fally Ipupa was at the snack bar Le Chatel in Ekoumdoum, Yaoundé. The impresario then announced the arrival of the much-awaited man. And there he was with an impressive cohort and preceded by the noise of the crowd applauding him. Visibly, among the crowd, there was someone who did not appreciate the singer. Suddenly, the hater tapped Fally on the back. In the video footage, he is seen holding the back of his neck but with the crowd, it is difficult to know with precision who did this.

The singer of Eloko Eyo then came out from the snack bar and continued his tour of snack bars to confirm that he would effectively perform the following day.

This tap could explain the reason why he did not let any fan come closer to him during his performance at Yaoundé sports palace on Saturday, May 12, 2018.