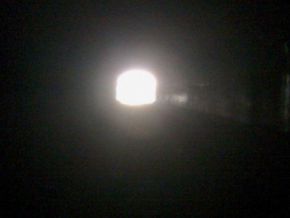 The Tunnel leading to the Douala airport has been vandalized

It seems some of the lamps lighting part of the tunnel have been pulled out a few days only after being installed.

As they say in Cameroon, “good things never last”. Indeed, this saying takes all its meaning as the recently rehabilitated lighting system of the tunnel leading to the international airport appears to have been vandalized. The initiative seems not to have rejoiced all.

Even those that rejoiced over the improvement would have had for a very short period since the Douala municipality on July 12th released on its twitter account pictures of the vandalized lighting system, eight days after announcing its rehabilitation.

On the pictures, one can see that the bulbs rail composing the system was forcibly removed on a distance of about 15m along the tunnel.