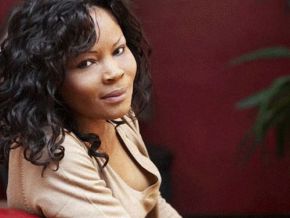 It is being said that the singer has confessed his love to the writer asking her in mariage.

Here is the link to the video: (https://www.youtube.com/watch?v=9Y4X1NkYuz0)

Seating on a chair, the singer said: “I am here today to let you know that my dream is to marry you, to have Calixthe Beyala as wife”. A credible source confirmed that the person filming the declaration was Beyala herself. "Is it recording?" She asks in the post then confirming herself: "Yes, the light is blinking".

After this, Longuè Longuè continued his speech saying: “Behind every great man there is a great woman. Me, I am a great artist!”. He then listed his financial and artistic prowesses recalling his properties and world tours.

“In two months, I made $35,000 in the USA,” he added to impress Calixthe Beyala. “What do you think of that?” he continues but got no answer from the woman.

Nevertheless, the artist said he will not be discouraged. “When it comes to women, I don’t easily get discouraged. I take all my time,” he said. To be continued…