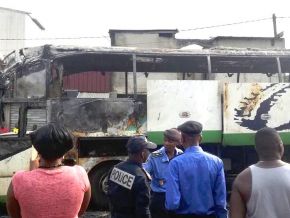 It seems that a bus of FINEXS has burned completely. True? 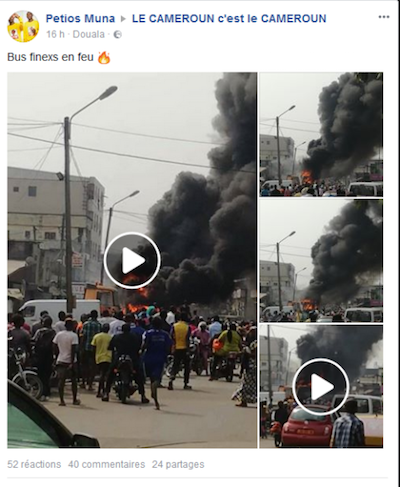 There was less traffic and the crowd gathered around the bus on fire. Fortunately, there was nobody in it since it the faulty bus was recently parked there, for repair probably. So, there were no casualties but the smokes make heads spin. About 30 minutes later, the firefighters came to extinguish the fire.

The cause of this fire is still unknown. It should, however, be noted that in 2015, another bus of the same company caught fire on the road.