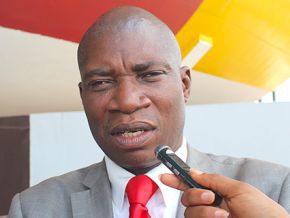 No, COCAN 2019 is not the author of the posters pasted in some towns

Some posters with numerous mistakes on the names, dates, and history of football in Cameroon are attributed to AFCON 2019 organizing committee.

As part of the preparations in the framework of AFCON 2019, a Life-sized poster exposing the football exploits of Cameroon is actually posted in Douala, Yaoundé, and Garoua.

The posters reveal that Cameroon has been champion of AFCON for five times. However, there are mistakes on them.

On the poster, it is written  "Cameroun est une nation des vainqueurs" while it should have been  "Cameroun est une nation de vainqueurs". It is also written that Cameroon won a gold medal at the 2000 Olympic Games in "Sidney"; the right spelling being   "Sydney". Moreover, it is written that Cameroon has won AFCON 1983 but, it is AFCON 1984.

All these mistakes prompted the media outing of the organizing committee of AFCON 2019 (COCAN 2019) on January 13, 2019. “A poorly designed poster with blatant mistakes being shared on social media is attributed to COCAN 2019. COCAN is not aware of this poster which has not been approved”, Baptiste Biaye, a member of the committee, wrote.

“It should be noted that real posters from COCAN are signed COCAN and, they have been carefully designed, detail by detail (dimension, color, contents, etc.). There is a diligent follow-up in the production and distribution, which is done according to planning” he continued and concluded that COCAN had no responsibility in the present poster.