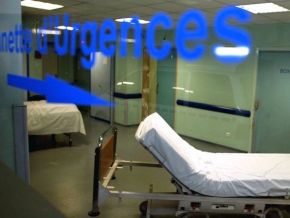 No, Nantes teaching hospital does not call for blood or spinal cord donation!

Yet many people in the world have shared the information.

In the past 48 hours, many Cameroonians in the diaspora should have read the information on a friend or relative’s facebook feed. Indeed, a message from an alleged doctor called Mathieu Riaudeau supposedly working at Nantes teaching hospital is being shared on Facebook or via messenger. In the message, it is said that the hospital was looking for a donor of the blood type A- to donate its blood to help a small girl called Lucie who is suffering from leukemia.

Even if it is a good initiative to call for blood donation, the said message is a hoax. For about 10 years now, Nantes teaching hospital has been saying so. They said it for the first time on April 24, 2009 on their website (in French).

In the post, they informed that no Dr Rigaudeau or Riaudeau  was working at the hospital and the department mentioned in the hoax does not exist in the hospital. They further mentioned that the telephone numbers given in the post were fake and only the blood department was habilitated to call for blood donations.

Despite the denial, the hoax was posted again in May 2017. That same year, the hospital published a denial on its twitter page. Once again, the hoax is here in May 2018.

About ten years after the hoax was published, Nantes teaching hospital has published a new denial on its twitter and Facebook page. It also informs that even though blood and spiral cords donations are vital in the treatment of people, its recommendations remains the same :  not to call the hospital or other health institutions for donations and not to share the erroneous messages.