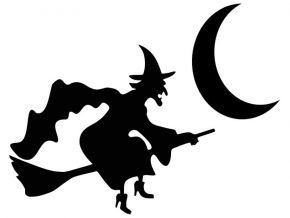 It is said that when the young man discovered the trick, he alerted his community and died after that.

This post extensively shared, relates that an old woman turned into a younger woman to seduce a man in Bafang, in the west region. But after she spent her night with the man, she was unable to leave before she turned back again to the old woman she was.

The poster revealed that the guy went out for a while and, when he came back, bewildered, he saw an old woman instead of the woman he left. So they went to Bafang police station.

The message is a hoax posted on Facebook since December 2016. At that time, the poster claimed that this happened at Glégbodji, a village in the district of Glo-Djigbé in Abomey-Calavi, not so far from Cotonou in Southern Benin.  www.24haubenin.com, the news website which investigated the matter, interviewed Vincent Akinérinla, the brigade commander of the station of Allada. He explained that the said woman was an erring woman brought to the police station; not a witch as people were claiming on social media. He called it a “pure hoax” at the time.

So, the woman in the picture is not a witch and the scene related has nothing to do with Cameroon.