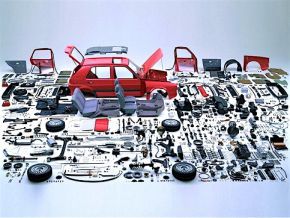 It seems that "Coupé décalé", is a fraud technique used in the port of Douala

According to rumors, it is a fraud technique used in port in order to pay taxes for spare parts instead of cars.

"Coupé décalé" is not only the Ivorian musical rhythm born around 2000 but, it is also a fraud technique used in the port of Douala.

An authorized source in the port confirmed it: "Coupé décalé is about expensive cars being brought in containers as spare parts". After they are cleared as spare parts in the port, they are reassembled in repair shops kept by foreigners at Bonabéri, the port community of Douala.

"It is a huge loss in customs revenues" the communication section of the port bemoaned. It also said that stevedores, customs, transport operators, and forwarders are all accomplice in the act.

The source also revealed that even business centers around the port (behind the post office, Simar; at Bonanjo tax office, at the entrance of the park, Messapresse…) have specialized in printing clearing documents.