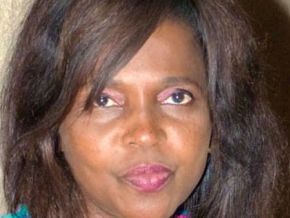 Is it true that there was a Cameroonian among Claude François’ dancers?

It is said that there was a Cameroonian among the “Clodettes”. True?

Her name is Ketty Sina. Since 2013 when she published her autobiography “Je n’ai toujours pas dansé”, she became popular in the media.

In the autobiography, she relates her life and most importantly, her life among the Clodettes, the renowned dancers of the well-known French singer Claude François (died on March 11, 1978).

She met the singer in a nightclub in Paris around the 70s. At the time, she was scouring the hot spots of Paris to elude her husband from a forced marriage.

By dancing for Cloclo, she escaped her chaotic relationship and made a name for herself. Because of her exciting life, she forgot her native country Cameroon and the country she spent her childhood in (Gabon).

Nowadays, the former model does not forget her native countries. She has been nicknamed « Claude François’s Cameroonian muse » in an article from RFI (http://www.rfi.fr/afrique/20130607-ketty-muse-camerounaise-claude-francois-clodette).