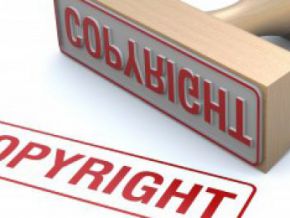 CMC will soon be restored as sole copyrights company for musicians

It is said that the Cameroon Music Corporation will take over the protection of financial rights of musicians. True?

It is whispered in the musical world that the Cameroon Music Corporation (CMC) will again become the only company managing copyrights. A website even mentions a letter where the Prime Minister, Philémon Yang, supposedly requested that the Minister of Culture instruct the “merger of Socam and CMC”.

For the Ministry of Arts and Culture (Minac), said letter is a mirage. “We do not know if it really exists”, replies the Communication unit of the ministry. There, people are more inclined to agree with the idea of starting anew and creating a brand new copyrights company for the music industry.

Which is another way of saying that the famous Socam-CMC merger is just a gratuitous statement from those defending these institutions; given that nothing has been done yet to make any company legal. “The political world certainly acknowledges both companies, but the law, for its part, does not because neither gas an authorisation granting it the right to operate”, highlights Justin Blaise Akono, author of the book “Cameroon: Who killed copyrights? (Cameroun : qui a étranglé le droit d’auteur ?)”.

He recalls the provisions of the 19 December 2000 law on copyrights, which provide the framework for the creation of a new copyrights company. These provisions stipulate that a new company must be created at the end of a founding general meeting whose purpose will be publicly communicated, 30 days before it is held. And said general meeting must be based on clear statutes.

As of now, no general meeting has ben announced. A general meeting was announced for April 2017 by the members of the emerging Société civile des auteurs-compositeurs et éditeurs de musique (SCAEM – Society of author-composers and music publishers). This is another group of musicians like many others in the music industry.

Big names at SCAEM boasted of having top-level support from the State, an electoral code and distribution regulations. Upon observation, this did not include the war from lobbies to manage musicians’ copyrights in Cameroon.

However, Gilles Serge Effoudou Mpande’s take over of the top position at the Monitoring Commission for Collective Copyrights Management Bodies (Commission de contrôle des organismes de gestion collective du droit d’auteur), in May, suggested an end to this issue. “But we are not out of the woods and it won't be anytime soon!”, says one artist.