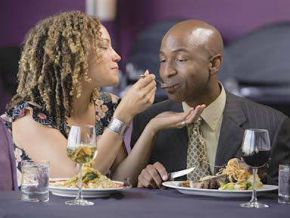 Does Tobassi mean enchant or bewitch a man?

It is said that this mystical practice can be used to subjugate a partner. True?

The story begins with a young man who did not like Solange, an ugly and poorly educated girl. But, they got married and had many children. Critics accused Solange of using Tobassi, bewitching her man or putting her man’s brain in Kanga, a tasty fish found in Nyong River, at Akonolinga, a district located two hours from Yaoundé. The practice Tobassi comes from that river or rather from the brain of its typical fish. Those who are aware of the practice claim that a partner just needs to spice the Kanga with some unusual herbs and seasonings and cook it to make the other partner love you more than ever.

The magazine L’effort Camerounais interviewed Anatole D., a sociologist for a hot chronicle on the subject. This sociologist provided a compeling explanation.

He explained the term Tobassi which is from the dialect Ewondo, is made of the imperative form tobô! or tob’go! which mean “sit down” and “si” for “ground”. So, the term Tobassi literally means “sit on the ground”. It is actually used to order someone to sit. Anatole concluded that: “Tobassi is a relatively new word to talk about any food cooked in a certain way, I will not reveal here, and served to a special guest which will irremediably glue that guest to his place”.

How to avoid being a victim is another story…