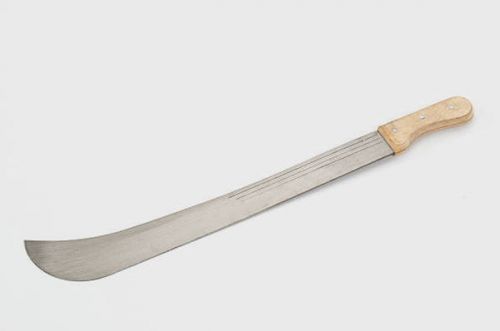 No, the student wounded in Obala didn’t have his whole hand cut off

Is it true that a student in Obala, in the central region, cut the hand of one his classmates with a machete?

Since last Wednesday, many posts on social networks have been referring to a student who has supposedly cut off the hand of one of his classmates in Obala, a municipality located in Lékié, in the central part of Cameroon.

“On Wednesday, January 15, a student cut off the hand of one of his colleagues at the Obala bilingual high school,” a Facebook post reads. A tweet also states: “We are currently at the Obala bilingual high school where a student just cut off one of his classmates’ hands with a machete.” In truth, though a student was wounded, he didn’t get his hand cut off - it was rather his left thumb.

In a short video that has gone viral, the youth is seen lying in a hospital bed while two medical staff tend to his wound. The two hospital workers can be distinctly heard saying: “This one is cut (ed note: referring to the thumb). Let’s put some stitches here.”

The wounded student is Arnaud Alexandre Mbappé. He said he accidentally “stepped” on a classmate during a football match. He apologized but was slapped regardless. As he retaliated a fight broke out. It was then that another student came out, attacking him with a machete. As the attacker launched towards his head he raised his arm to protect himself. That’s when he got his finger cut. He was next taken to the Obala hospital for immediate treatment.