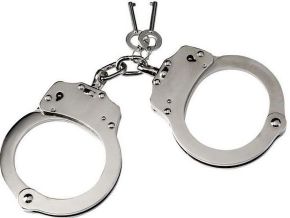 Yes, a minor is criminally liable in Cameroon, with the exception of...

Apparently, minors can face legal sanctions for a crime, if they are more than 10 years old. Is it true?

The death of Boris Kevin Njomi Tchakounte, a math teacher who was stabbed to death on 14 January by one of his pupils at the Nkolbisson classical high school in Yaoundé, has reopened the debate on the criminal responsibility of minors in Cameroon. Public opinion is divided between those who say that the 17-year-old murderer cannot be tried or sentenced because of his age, and those who say he should answer for his actions before the court, just like any adult citizen. In reality, a minor (less than 18 years old) is criminally responsible in Cameroon, with one exception. Only those below 10 years are not held responsible for criminal activity.

However, since the age of the criminal majority is 18 years, the perpetrator of an offense below that age cannot be sentenced the same as an adult. Section 80 of the Penal Code on minority provides, in its paragraph 2, that "a minor between 10 and 14 years of age, who is criminally responsible, may be subject to only one of the special measures provided for by law." In other words, he "may, therefore, answer for his actions before a court. However, if the judge finds him guilty, he cannot pronounce a criminal sentence against him," explains a jurist.

Likewise, "a minor over 14 and under 18 years of age who is criminally responsible benefits from the mitigating excuse," according to paragraph 3 of the same article. In other words, "the judge will match his sentence to the minor's criminal liability by assessing what is more appropriate between a sentence and rehabilitation," the lawyer explained. The latter may be sentenced to imprisonment. If this is the case, he will have to serve his custodial sentence in special establishments or be separated from adult prisoners (article 29). "The criminal responsibility for minors over 10 years has an educational purpose. The use of punitive sanctions is used only when the educational measures imposed on the juvenile offender have not been successful. There are therefore educational sanctions as punishments, and the punishments themselves," concludes the jurist.