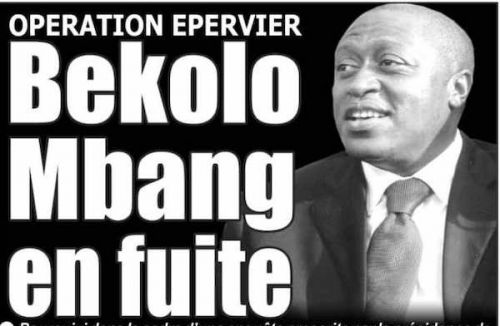 Some said he fled to E.Guinea. When stopblablacam reached him, he didn’t want to make any comment but said he was in Yaoundé. He denies being prosecuted for an investigation prescribed by the President of the Republic into the looting of the National Refining Company (Sonara).

If the theory of legal proceedings against Mr. Bekolo Mbang cannot be verified, one fact is certain: as at 16 April 2019, he was still in Cameroon. On Sunday, April 14, he even visited his village near Akonolinga in the Central Region.