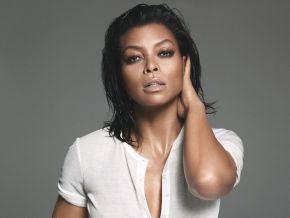 Taraji Penda Henson has her roots in Douala ?

For years now, this rumor about the Cameroonian origins of the American actress is spread.

Since October 2015, there has been rumors to the effect that actress Taraji P. Henson’s ancestors were Cameroonians.

The rumor was sparked  following a tweet about her ancestors being Cameroonians.

Also, many people compare her second name Penda with the surname Penda mostly used by people from the ethnic groups Douala, Bassa and Bakoko in the Central and coastal regions of Cameroon.  Since then, depending on who is passing the rumor, she is either from Douala ethnic group or Bassa.

In fact, Penda is a female name not so common. In the US for instance, in 2016, only 947 people bore that name. It is mainly used by afro-Americans but its origin can’t be traced to the country of Uncle Sam.

It is found in many countries in West, East and South Africa. In East Africa, it is derived from "kupenda", meaning "to love" "pleasant" in swahili (Kenya and Tanzania) .

In Southern Africa, it is associated to "Pendapala", meaning  "be brave" in ovomba (Namibia). Some other websites also state that it is found in Sénégal hence it is hard to associate Taraji Penda Henson to the Douala ethnic group.

That said, it is important to note that her mother’s ancestors were from the ethnic group Massa, a group in the Far-North. This was publicly revealed to the actress on February 9, 2008, during the Africa Channels Night of Tribute Awards Show. An excerpt of this show was aired on “The Africa Channel” (mostly aired in North America and in the Caraibes) in January 2002 for a campaign in the framework of the show called “Know your heritage”.