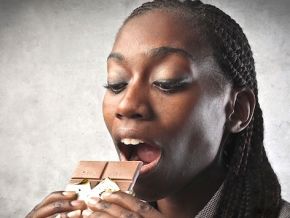 Yes, chocolate is good for the brain

Rumors have it that chocolate is good for the brain. Is it true?

Chocolate is usually said to have aphrodisiac properties. But, do you know that it is good for the brain? If not, now is the time to tell you that it has been proved by scientists.

A research conducted in 2016 by scientists of Columbia University revealed that the flavanol present in cocoa beans helps slow the natural decline of the memory, even reverses it.

The flavanol is an antioxidant that delays the deterioration of some important cells in the brain, the scientists explain. It is present in all types of chocolate but is more abundant in dark chocolate.

According to the research, within the three-month period test, the memory of a sexagenarian participant was transformed to be on par with a 30 or 40-year-old person.

Another research conducted by the University of Sydney, Australia, demonstrated that eating chocolate once a week led to better performances at cognitive tests.

The researchers found that those who regularly eat chocolates can solve problems, memorise information and think better than the others. Other research found the same thing so, eat chocolate but don’t overeat…