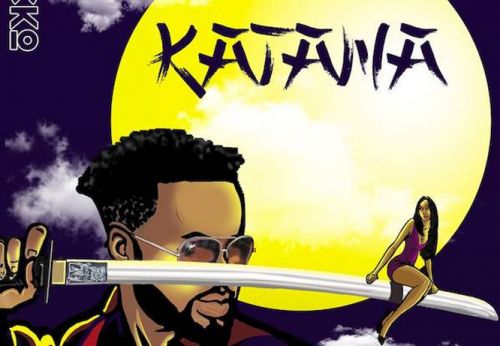 No, this picture is not the cover of Locko’s next single

According to social media users, this image is the cover of Locko’s new single "Katana". Is it true?

"Katana" is the title of Locko’s new single. The singer announced this on his official Facebook page. Recently, a visual graphic emerged on social media and is being presented as the cover of that single. This is not true. In fact, it is one of the three arts the singer submitted to internet users asking for their help in choosing a cover for his single.

The visual claimed to be the cover has not been validated by the singer (not yet at least).

Locko, whose real name is Charles Arthur Locko Samba, is a young RnB and Afrobeat singer-songwriter born in 1992 in Yaoundé. He was discovered on Youtube thanks to his cover of popular songs. He distinguished himself in 2015 with his song "Margo".

In 2017, French magazine Paris Match presented him as the RnB talent of the year in Cameroon. His second album  "Cloud 9" will be available on May 31, 2019. It is produced by Universal Music Africa, African subsidiary of Universal Music, with which he signed in June 2018.