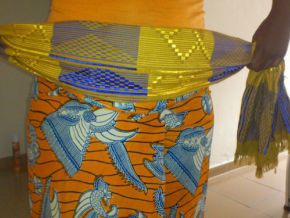 Is it true that hot water massage is necessary for all women that give birth?

It is said that if this ancestral practice is not performed after the childbirth, the woman will not really recover her initial shape. True?

Mrs. Njock remembers well all her seven childbirths and much more the painful hot-water massage that followed each of them. The practice consists in hitting with hot water (or massaging for the most fragile) the back and waist of the sômbô (new mother). “It helps strengthen the woman’s body, purify her blood, and prevent back pains. Well, avoid all kinds of postpartum complications”, says Elisabeth Njock. 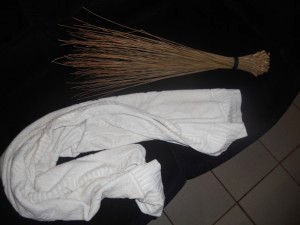 According to the most-experienced women, the process does not consist only in using just any hot water. The liquid is boiled with a mixture of bark and leaves of mango trees or any other tree with curative properties; to which are added specific spices. Then a towel or a small bamboo broom is dipped in the mixture and used to hit the sômbô’s body. Though he respects the tradition, Gynecologist Pierre Kameni says it is not compulsory.

Question: - Doctor, does this massage really cleanse the blood? “Not at all”, he responds ironically. “There is no scientific evidence of the benefits of this practice. However, it is one of our traditions”, he adds calmly.

The physician however highlights that the traditional bath should not be performed on a woman who was sutured after giving birth. “Hot water removes the stitches!” he warns. In fact, only the most experimented women who have themselves already given birth are called to perform the traditional practice.