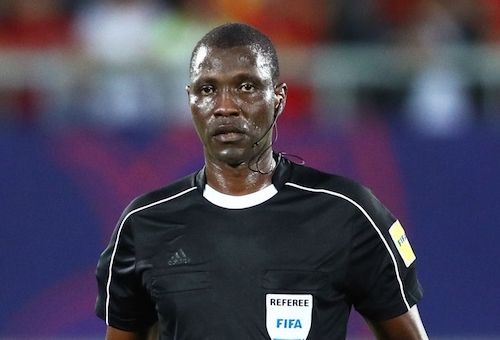 Yes, Cameroonian native Alioum Sidi is the best African referee of the year

Several Facebook posts report that the Cameroonian international referee was chosen as the best referees on the continent this year. Is that true?

Several Facebook posts announce that Cameroonian referee Alioum Sidi has been named the best African referee of the year 2019. “Alioum Sidi is the 17th best referee in the world and the best in Africa. If it was kongossa (ed.note: Cameroonian word for public rumors, word of mouth and neighborhood gossip) you would have shared,” says the well-known comedian Moustik Karismatik, in a post published on Wednesday, November 27, 2019, on his Facebook page. This post has more than 1,600 likes.

As it happens, this information is true. Alioum Sidi has been chosen as best African referee of the year by the International Federation of Football History (IFFHS), an organisation (founded on 27 March 1984 in Leipzig-Germany) that traces the history and archives of community football, and whose work is recognized and supported by FIFA. He is also the 17th  in the world in 2019, according to the IFFHS, which states on its website that selected journalists and experts from 90 countries around the world participated in this 33rd  annual election of the best referee.