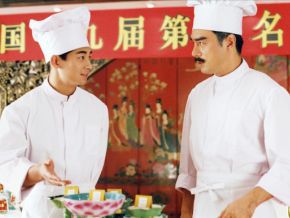 New rumors of Chinese being cannibals have recently surfaced on Facebook.

New rumors of Chinese being cannibals have surfaced on social media. These rumors follow the hoax which claimed that a Chinese restaurant, in Douala, was storing fetus in its freezer.

On Facebook, images of fetus cooked or in a soup ready to be eaten are posted followed by such mentions: “China has legalized fetus from abortions’ eating”, “notice to all Chinese food lovers”.

Such posts are false. China has never legalized such practice. There is no evidence of the press conference supposedly held on the subject neither is it a reference to such law.

There are hoaxes. The research of many websites which debunk hoaxes such as Hoax.net or Snopes have concluded the same thing.

This is one dates back to eighteen years ago. Indeed, it is in 2000 that Zhu Yu, an artist sparkled those rumors because, during Shanghai International Arts Festival, he appeared on two pictures. On the first one, he was pictured with a plate of grilled fetus. On the second one, he is shown biting in it.

At the time, he was rejected by the curators mainly because of the cannibalism rumors that he sparkled around himself by saying that he cooked and ate fetus for his exhibition. In fact, the fetus seen on his pictures has been made from dolls and carcasses of dead animals.

These images have been used for the first time to illustrate a Malaysian tabloid. The tabloid claimed then that some dishes made of human babies were sold in restaurants in the country. Following this, their government requested the article to be removed.

Since then many websites, blog, and social media users have created versions of it. This is what explains the sheer volume of results in search engines on the subject.