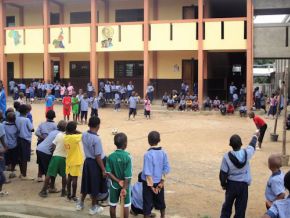 Hiring malpractices in Cameroonian public schools: does it really occurs?

Some believe that parents often have to bribe some authorities in public junior or high schools to enroll their kids.

When it is said, people think it is exaggerated or digressed but, even authorities of the education sector are aware that often parents bribe competent authorities to get their children in public schools.

Jean Ernest Massena Ngalle Bibehe thus wrote: “There are rumors of bribes are often paid to get kids registered in secondary schools under your supervision”. Continuing, he declares: “Altogether, I have always been against this practice and, since I came into office, I have always condemned them. I am pleased to inform you that extreme disciplinary actions will be taken against any individual involved either directly or indirectly in the practice which tarnishes the image of our education system and is also a hindrance to its emergence”. The government official then enjoined his collaborators to relay his note to a wider audience and work with regional coordinators of the secondary education to eradicate the scourge.