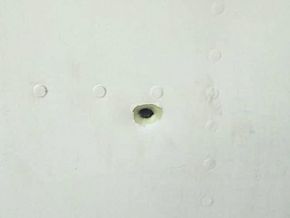 Yes, a Camair-Co flight was shot at in Bamenda

There is no human loss according to rumors

Images are circulating on the web about an alleged shooting of a Cameroon Airlines Corporation’s (Camair-Co) aircraft. Some claim that shots were fired, with heavy weapons at the aircraft, on December  1, 2019, at Bamenda Airport, the capital of the North-West region. True or false?

The answer is true.

Indeed, Camair-Co spoke out on the issue at a time when the assumptions were going in all directions. In a press release issued on December 1st, the company confirmed that at around 10:40 am, “its aircraft registered TJ-QDB type MA60, was fired at when it was trying to land at Bamenda airport in Bafut.”

The perpetrators have not yet been officially identified, but the army suspects secessionists in this English-speaking region of Cameroon, in crisis since October 2016.

The carrier points out that no human loss has been recorded. The aircraft was able to land smoothly despite the impact observed on its fuselage. Following this incident, the company adds, “Camair-Co's flight schedule has been adjusted to limit any resulting disruptions. Camair-Co nevertheless reassures that its operation will not stop.”