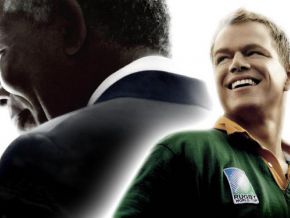 Morgan Freeman’s voice was dubbed by a Cameroonian?

Morgan Freeman’s voice was dubbed by a Cameroonian?

It is said that Daniel Kamwa was the French voice of the famous American actor. True?

He is known for his movie “Pousse -pousse” released in 1976; and for many other cinema productions. Daniel Kamwa is not only an actor-producer-scriptwriter. He also became a professional voice actor. This Cameroonian of 76 years is indeed the French voice of famous American actor Morgan Freeman; in the film Invictus, released in 2009. This biopic of 134 minutes depicts the start of the presidential term of the late Nelson Mandela, a symbol of the fight against racial segregation in South Africa.

If you watch this movie in French, now you know that it is Daniel Kamwa’s voice associated to Morgan Freeman’s character. The latter won several prizes in the “best actor” category for his performance in Invictus. The French version of Clint Eastwood’s full-length feature was done in a Parisian studio.