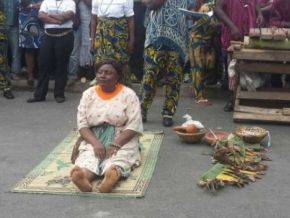 The tradition is that you should not greet the grieving widow

It seems that for ethnic groups in Cameroon, it is forbidden to greet widows. True?

The image of the President, Paul Biya, greeting the widows of soldiers on 3 February, pushed some to grind their teeth. The protesters repeat that one must not shake hands with widows.

Indeed, among the prohibitions and prescriptions linked to widowhood rites in most Bantu ethnic groups, it is forbidden to shake hands with a widow. “However, specifies a fiftyish man from the Bakossi ethnic group, when you are a widower, you can greet one or many widows”. In other words, considering that Paul Biya is himself the widower of Jeanne Irène Biya, his first wife, he can greet the widows of his late soldiers, who died in a helicopter crash on 22 January. 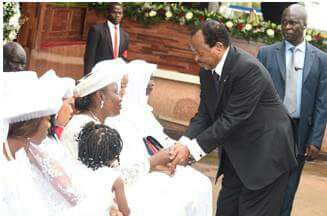 The prohibition on greeting a widow can last from 2 to 10 months after the death of her husband, informs another fiftyish Bassa’a woman.

She adds that widows can shake hands with one another and can be greeted by young girls from their village. But adult men and women must wait for the end of the widowhood.