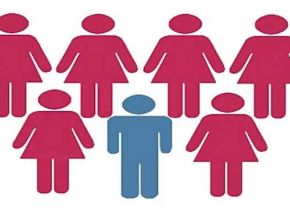 No, there is no UN report indicating that there are twice as much women as men in the world

According to an article being shared in Cameroon, there is a UN report revealing that there are 5.6 billion women and 2.2 billion men in the world. Is it true?

An article being shared by Whatsapp users in Cameroon claim that according to the 2019 UN demography report, there are many more women in the world than men.

The article indicates that there are 5.6 billion women and 2.2 billion men in the world. It claims that 1 billion of the men are already married, 130 million men are jailed and 70 million are mentally ill.

“That means that we have just about 1 billion men available for marriage and out of the 1billion: 50% are jobless, 3% are gay, 5% are Catholic Priests, 10% are your relatives, 35% are above 66years,” the site wrote.

As it can be deduced from the UN figures, there is slightly more men than women in the world.