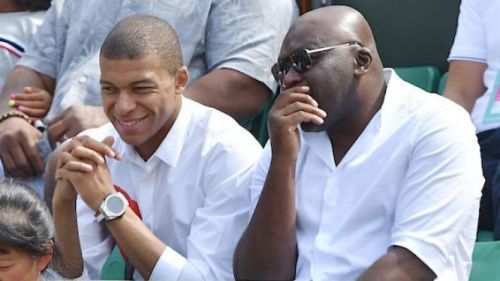 It is said that Kylian Mbappè’s father wanted his son to play for Cameroon but money was required for that. True?

For two days now, the most shared statements are those supposedly said by Wilfried Mbappè, the renowned Kylian Mbappè’s father. The statement claims that Wilfried Mbappè would have liked his son to play for Cameroon but the FECAFOOT required money.

These statements could not be confirmed. It seems that it is just the fantasy of another person. It was published by a Ghanaian sports journalist named NANA AGYEMANG. The journalist’s tweet (which did not mention the source) was shared 14,000 times on twitter and more than that on other social media websites.

A Cameroonian journalist informs that none of his sources were able to pinpoint where and when Wilfried Mbappè uttered such statement.

In his interview with TF1 on July 17, 2018 (on which the fake news was surely based), Wilfried Mbappè just said that he was proud of his son’s performance and expressed his gratitude towards Didier Deschamps, the French coach.

“His goal at the world cup? I cried because of it. It was our dream, he worked for it and today, he is there. I will always be grateful to Didier Deschamps. It was also his success. It is our family’s success but, it is also the success of the man, M. Deschamps”, he said.

The comments on the above-mentioned statements were harsh on African football and Cameroonian in particular. Many of them denounced the corruption and other vices which truly affect football in the country.