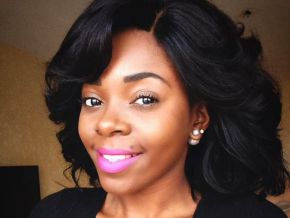 It seems the Cameroonian humorist is verbally agressed by many online. Is it deserved?

Recently, Cameroonian comedian Ruby Comédienne (Yvonne Akono) has posted a tweet which sparked quite the debate. Indeed, the humorist, in her tweet (@rubycomedienne), denigrated education saying sarcastically: “Earning FCFA100000 of salary after having done so many years of education. Look at me, I just have my Baccalaureate but my bank account is well packed”.

The words of the comedian who is well-known for her funny videos on social networks, Facebook and Youtube especially, were considered provocative. “The same people that you are making fun of, those are the ones who view your videos on Facebook. Truth is, without internet you would be no one. And it is not even as if you are funny”, reads an angry comment. Another states: “Success is not always measured by how packed a bank account is. You should know this”.

“Let me repeat this: I am defending myself against haters […]”, responds the Cameroonian comedian residing in France.

24-year old Ruby Comedienne started from the bottom. After leaving Zoétele, in the South of Cameroon, more than 10 years ago, for Orléans, France, she struggled a lot at the beginning of her career, she often says in her interviews. She built her success after multiple web series and funny videos posted online. Today, she has an impressive number of views and followers. In spite of this, she often refuses to be labelled as a star or famous.