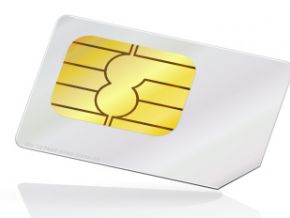 Yes, it is important to signal a sim card loss to the mobile service providers

An audio sensitizing sim card owners on the need to signal a sim card or phone loss to competent authorities is being shared on Whatsapp.

In an audio being shared on Whatsapp, a man relates what happened to him because he did not report the loss of his sim card. According to him, his phone was stolen on November 28, 2017, but he did not try to retrieve his number or even signal that he has lost it. A month after the phone was stolen, the thieves put his sim card in another stolen phone. The owner of that phone trying to locate his phone traced it back to him. Arrested and brought to a police station, he was obliged to agree to pay for the phone or he would have been prosecuted. The reason why he made the audio was to ask citizens to report to competent authorities when they lose their sim cards because it could be traced back to them if an offence is committed with it.

Well, for those doubting it, let’s remind that telecom operators can trace a subscriber thanks to the technical characteristics of a sim card. They can also detect the history of the attribution thanks to the IMMSI and also identify the number with which a particular call was issued thanks to the IMEI code. Generally, those operators have access to the data and characteristics of the phones or terminals used to make calls. In addition, they can check the address of a call at a specified period. Let’s remind however that such info are not accessible to common citizens. Indeed, according to Orange Cameroon’s customer service, only the police is able to require them. Also, they can do so only if a complaint is filed about a case involving the use of that sim card.

This is surely how the man’s sim card was traced back to him. Besides, he is right to call his peers to report sim card losses! Why? Because of the numerous offenses that could be committed with your sim card. If you don’t want to retrieve the number, you could ask the operator to block your sim card to avoid it being used by other people.