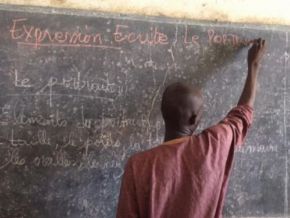 The teachers working in technical education are demanding payment of arrears before resuming, it seems.

The rumor is indeed true. Around 1000 primary teachers of technical education institutions did not show up for the official school resumption, claiming their contracts have not been renewed.

Indeed, Yvet Ngo, member of “885 I.E.T du Minefop/Minesec”, a group of 885 primary school teachers denouncing abuses, met the human resource manager of the ministry of public administration (Minfopra). “To our questions to know the reason of the non-ratification of our contracts, the manager explains that this may be due to some misunderstanding between the Minfopra and the director of financial affairs”, Yvet Ngo explained.

On September 17, she urged, in the name of the collective, her colleagues to go back to work in their respective schools and give the collective some time to identify the responsible of the incident. This is to say that the 885 primary school teachers did not go to their schools since September 4TH, 2017.