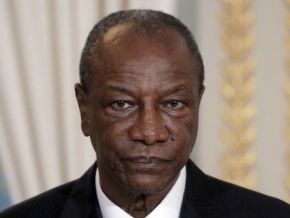 A post being shared on Cameroonian social media groups claims that Alpha Condé, Guinea’s president, has pledged €2 million support for the renovation of  Notre-Dame de Paris. Is it true?

This news sparked the anger of internet users who criticized African leaders for being swifter in their reaction to catastrophes in the Western world than they are for their own countries.

This information is false. It was belied by the Guinea presidency’s press information office on April 18, 2019.

On April 15, 2019, Alpha Condé expressed his sympathy after the fire that burnt Notre-Dame de Paris, one of the most visited monuments in Europe. However, he made no reference to financial support from his country to help rebuild that UNESCO World Heritage.

The African Forum of Inventors and Innovators is scheduled to take place from 27 to...
Archdiocese of Yaounde sends teachers on temporary leave amid the covid-19 crisis

The Archdiocese of Yaoundé has sent its teaching staff on temporary leave...
Cameroon announces plans to increase LNG production

Teachers’ Unions in Cameroon warn the government on the risks of reopening schools...