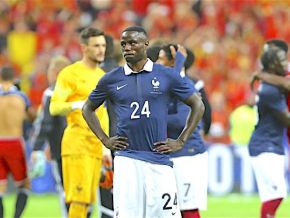 No, Fifa statutes do not forbid Georges Ntep from playing for Cameroon

It’s said that the Cameroonian native striker can no longer play for Cameroon as he played with France’s national team. True?

Cameroonian football lovers are currently facing a dilemma on whether to accept Paul-Georges Ntep in the national football team Les Lions Indomptables or rather return him to Les Bleus in France. Indeed, the striker has recently been selected by the new coaches for the Cameroon vs Comoros match next September 8.

“FIFA could penalize Cameroon,” some argue, claiming that “Ntep played for the French national team, so he could no longer play for Cameroon”.

Parfait Siki, head of the communication and marketing division at the Cameroon Football Federation (FECAFOOT), however denied this assumption. “Ntep played two friendlies for France but he delivered no official game. He’s then free to play for Cameroon, under Fifa’s terms,” he said, similar to what Martin Etonge, FECAFOOT’s Secretary General, said.

Let’s recall that, had it not been a shin injury in 2016, Paul-Georges Ntep would have played in the 2016 Euro for France as he fascinated French coach Didier Deschamps after two friendlies; one on 7 June 2015 against Belgium and the second on 13 June against Albania, the same year.

Sadly, he failed to be selected for the 2018 Russia World Cup. However with Cameroon, this Douala-born striker still has all chances though for some, he remains a Frenchman.