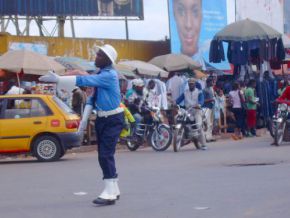 Is it true that “Amot”, the famous police officer, is also a singer?

It is said that beside checking traffic in Douala, the officer also sings and even released a CD.

He is mostly known as one of the police officers of Cameroon. The policeman whose real name is Stanislas Ambela Ze, is not only a traffic officer but supposedly a singer also.

Truly, the man who has been nicknamed “Amot” released a maxi single with three tracks in October 2015. Hard to believe ? Here is proof : https://www.youtube.com/watch?v=5z57p5wgVGA 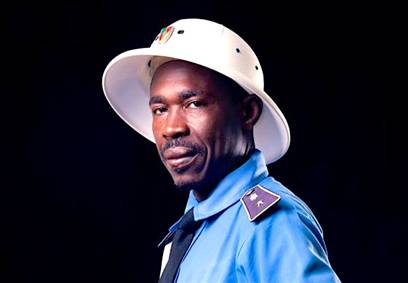 “Amot” sings on Bikutsi beats, a rythm that he surely heard a lot as a kid in the Kombo village, in the central region. In an interview with TV channel Voxafrica on April 2016, the artist revealed that music was his other passion. During the interview, his wife says she was actually surprised when her husband released his CD.

Amot’s most popular track pays a tribute to general delegate of Cameroon’s National Security Office, Martin Mbarga Nguélé. However, seeing how little success he has known, one may assume that he has more chance of knowing it on the roads, than in a studio.