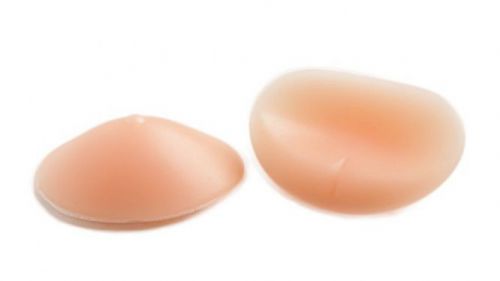 The liquid gel is suppposedly toxic.

For a while now, videos, showing young ladies who open up the paddings of their bras and retrieve from them small pockets contained some sort of liquid gel which they say is toxic to the skin and carcinogenic, are relayed on social networks.

The rumor which sparked in Burkina Faso in the second half of 2016, is being spread more and more across the continent. Yet, in none of the videos, was the name of the deadly liquid or even scientific evidence was provided to back the theory. It is nothing but a hoax.

First thing to know is that there is a wide range of bras and pads (foam, silicon, micro-beads, or gel pockets). The type concerned in the videos is the one with pockets gel. This kind of pads is often found in push-up bras. It helps, as it name suggests, push breasts up and make them feel and look more natural. In most cases, the pockets which are in polypropylene (plastic) are filled with glycerin or silicone gel (siloxane).

Glycerin is colorless, viscous and odorless liquid. It is made with modified fat, colza oil, palm oil or glycerol’s fatty acids; the compound is used as a skin moisturizing agent. Silicones are composed of silicon atoms joined with carbon atoms. They are colorless odorless and non-soluble in water. Their viscosity increases with their molecular weight. They are mostly used in the health sector, to make lotions, breast implants, creams. They are not toxic to the skin unless in the case of a particular allergy (same for glycerin).

No actual research shows that these paddings are toxic or carcinogenic. It is only supposed, by some controversial and contradictory studies that the prolonged and excessive use of bras and breast implants could have these effects. Regarding the latter however, according to an article written by Dr. Taha Al-Lawati Taha (Surgery department at the Royal Mascate Hospital in Oman) released in the Oman Medical Journal in 2009, available data is not sufficient to prove that using implants can cause cancer. There is also no reported evidence of breast cancer arising when the implants are damaged. It is however possible, that a patient develops the sickness if the implant is used for more than 25 years without conforming to some procedures. Finally, regarding the carcinogenic hypothesis, the American Cancer Society rejected it.