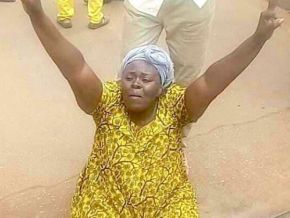 Is it true that a newborn baby has been stolen in Yaoundé’s teaching hospital, the CHU?

Some local media and social networks claim that a newborn baby has been stolen at the hospital. True?

The criminal police are conducting an investigation to determine if a newborn baby has truly been stolen and killed in the Yaoundé teaching hospital (CHUY).

The plaintiffs, a woman and her partner, said that the hospital staff has stolen their baby. The alleged mother raised an alarm yesterday at the main entrance of the teaching hospital. She declared that, three months ago, she delivered a premature baby that was admitted to the crèche on June 23, 2017. She claimed that when she came back to visit her baby, she was told that the baby died and was taken to the mortuary.

One would wonder why wait three months after the delivery to claim her child?

In a statement released on August 30, 2017, the general manager of the hospital defended himself. We can read from the statement that NOAH BIKELE, a premature (1 Kg150) baby was brought on June 23, 2017, some hours after it was delivered. So; the baby was delivered somewhere else. “His parents went missing in the hours following its admission to our neonatology department,” the manager continued in the statement.

Ruth, a middle age nurse recounts that on June 23, 2017, a distressed man came begging them to take care of his premature baby. “Everybody here contributed money to pay for first care because the man did not have any money on him”, Ruth stated. She also swore that it is on September 20, 2017, that she saw the woman who now claims to be the baby’s mother for the first time.

The criminal police made went to the hospital on Sept. 20, and interrogated the staff involved in the case, but also the plaintiff and the morgue attendants. The alleged mother claimed that the corpse exposed at the morgue is not her baby's corpse. She is claiming that her baby must have been hijacked. However, Noah's “parents” are yet to pay the hospital and morgue bills.