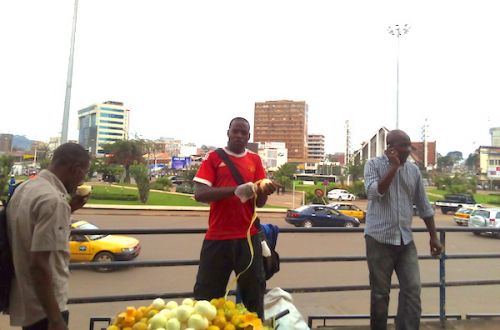 Following anonymous SMS calling for a massive rally today October 22 at the Yaoundé Central Post Office, the Police have strongly deployed on this site. “They have been there since yesterday evening [Sunday, October 21, 2018]”  says a taxi driver. About twenty police officers and gendarmes are deployed on the so-called presidential axis (a direction forbidden to the public, where vehicles escorting the President of the Republic  travel).

Today, October 22, the winner of the October 7 presidential election will be announced. Last weekend, some opponents and civil society actors called for a demonstration in Yaoundé and Douala to protest against the results they consider will be in favor of Paul Biya.

Jean Michel Nintcheu, deputy of the opposition Social Democratic Font, had scheduled a demonstration for Sunday, October 21. It was finally banned by the prefect and the home of Jean Michel Nintcheu was surrounded by the police on Sunday. So was the home of Edith Kah Walla, leader of the Cameroon People's Party. The latter called for a rally in the streets with a message on the social network Twitter as follows: “let's not be afraid to die”.