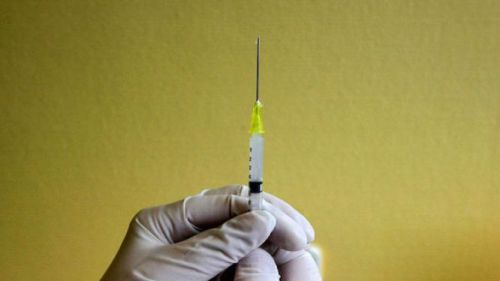 No, the cervical cancer vaccine is not fatal

Don't believe all you see on social media

Cameroonian Public Health Minister, Manaouda Malachie, announced the government is organizing a cervical cancer vaccine campaign from November 27th to December 1st across the national territory. He said the vaccine is mainly for the 9-year olds.

“Get your daughters vaccinated,” the official said stressing that more than 1,500 women die every year in Cameroon due to the Human Papilloma Virus, the cause of the cancer.

This statistics does not seem to scare some people who, not only refuse to get their daughters vaccinated but also attempt to dissuade others from doing so. “It has been proven here (the Provence-Alpes) that this vaccine is fatal,” someone posted on Facebook. You can also find posts like “I would never ask my daughter or my sister to take the HPV vaccine” or “I wouldn’t encourage someone to take this vaccine.” They say the vaccine campaign is a way for the government to “massacre our young girls.” Many women have complained about the side effects.”

Public health experts, of course, denied these accusations. “Studies conducted so far have all proven that the vaccine confers total immunity against the viral strains for which the person has been vaccinated. The vaccine currently available in Cameroon is for four types of HPV namely types 6, 11, 16 and 18,” explains Dr. Atenguena, an oncologist working at Yaoundé General Hospital.

Commenting about the vaccine’s side effects, Dr. Atenguena said: “you may have redness, pain at the injection site, fever, aches, and pains. But apart from these side effects, which are mild and temporary, no serious side effects have been reported.” He invites people to trust the vaccine and get their daughters and sisters vaccinated.

It should be recalled that in a press release published on 28 October, the World Health Organization (WHO) also denounced the misinformation campaigns about the vaccine.