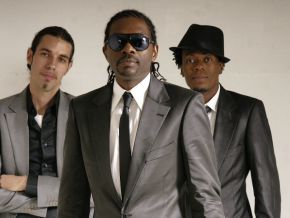 Did the X-Maleya group break apart?

It is said that the renowned musical trio has broken apart after two decades of collaboration. True?

While the members of X-Maleya group are in studio for their sixth album, there are rumors which claim that the group has broken apart.

A member of their communication team has denied the allegations."And, contrary to what is said, neither does this fake news originate from the group nor does it come from the group’s collaborators", our source explained.

So, even though visibly, the group’s career is not at its height, the trio of Roger, Haïs, and Auguste is still ongoing. Indeed, the group is confronted with the rise of Cameroonian urban music stars such as Mister Leo, Salatiel, and Locko.