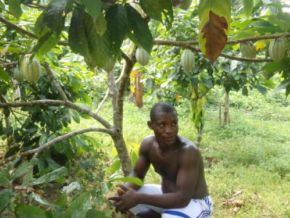 Is it true that young Cameroonians are now interested in the cocoa sector?

The government informs that the 2018 National Cocoa Academy started with 10,000 students.

Actors in the cocoa sector informed that more young people are now interested in the cocoa sector. In a column published on February 22, 2018, the professionals explained that this positive development is thanks to the National Cocoa Academy under the government’s supervision.

On February 6, 2018, Henri Eyebe Ayissi, the agriculture minister, officially launched the 2018 National Cocoa Academy. This year, 10,000 young people will be trained in the trades of the cocoa sector value chain, against 600 in 2017.

For the record, the National Cocoa Academy is an initiative of the ministry of agriculture and it was launched in 2013. The academy teaches 17 crafts of the cocoa value chain such as tree growing, fertilizer making, chocolate making and others.