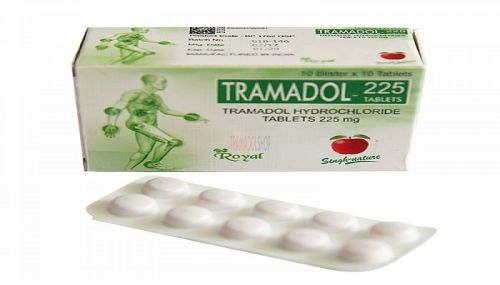 An article shared on social media reports the deadly effects of tramadol. Is the article right?

For weeks now, an article published byVonjour  by VonVon  website on the deadly effects of tramadol is being shared on social media. Its title: "Tramadol, l’antidouleur qui provoque la mort " (Tramadol, the painkiller that kills) is quite suggestive. In the article, it is notably revealed that the product could have side effects (dizziness, headaches, drowsiness) in fair use. It is also said that according to a Northern Ireland pathologist named Jack Crane, this painkiller was the cause of many deaths.

Like that article, for more than five years now, Cameroonian audiovisual, written and online media have been regularly reporting death cases directly or indirectly related to the illicit use of this product in every region (in the North, Northwest and central regions in particular). Initially, an analgesic used to prevent or treat moderated or acute pains, the drug is now used for other purposes in the country. According to figures from Comité national de lutte contre la drogue (Cnld) on the use of illicit products in Cameroon, Tramadol is among the most in-demand primary products (44.62%).

Yes, Tramadol can have side effects but, according to the notice, these effects do not affect every user.

Yes, Tramadol can create addictions. Talking of this drug dependency, a study conducted by Bordeaux toxicovigilance center  (centre antipoison et de toxicovigilance de Bordeaux) indicates that "the addiction follows initial prescriptions at therapeutic doses for pain relief. The progressive increase of the dosages is sometimes motivated by search for wellbeing, pleasure, euphoric or stimulating effects. The consumption periods are most of the time prolonged with difficult withdrawals even at therapeutic dosages”.  The notice also indicates that "withdrawal symptoms can appear during abrupt discontinuation of the treatment".

But no, there is no risk of death when the prescribed dosages of tramadol are respected. It can, however, kill when used with other substances like alcohol that increases the sedative effect of opioid analgesics. It can also lead to death when the toxicity threshold is exceeded. According to the above-mentioned study, 500mg was the lowest dosage reported to lead to seizures, respiratory depressions, febrility, tachycardia and hypertension in adults in France. 800 mg is the lowest dosage inducing coma associated to respiratory depression. The same study reveals that at a therapeutic dosage of 200 mg, there could be convulsive seizure.

It also cites figures from The International Association of Forensic Toxicologists (TIAFT) revealing that the therapeutic concentration of tramadol is between 100 and 800 mg/ml, its toxic concentration between 1000 and 2000  mg/ml while the deadly dosage is 2000 mg/ml.