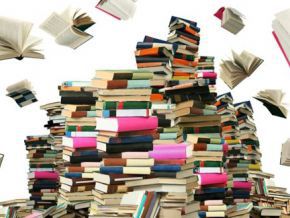 Did you know that ETONs cannot utter the F sound?

It is said that the F sound does not exist in the phonology of this idiom spoken in Lékié. True?

If your name is Fouda, do not get annoyed when an ETON calls you POUDA. It may be funny but fact is that the F sound does not exist in the phonology of ETON. The alphabet of this idiom spoke by the large linguistic group Beti be nanga is different from that of the French language. Hubert Fernand Nkoumou, a linguist specialized in African idioms and coordinator of the committee of vulgarization of this idiom (Comité de Langue Eton -COLETON), explained that the ETON (or iton) alphabet is made of three categories of graphic signs.

The first category is made of familiar symbols which are written and pronounced as in French. The symbols of this category are : A,B,D,G,I,K,L,M,N,O,P,S,T,V,Y, and Z. No matter the vowel after the symbol G, the symbol is always pronounced as [g] as in the French word “gant”.

The second category comprises symbols which are written the same way as in French but pronounced differently. They are: E, I, U, and W.

The third category comprises new symbols which do not exist in the French alphabet. It is divided into two groups:

The Comité de Langue Eton (COLETON) is trying to codify this idiom which, unlike Bulu and Ewondo, remains an unwritten language. As a matter of fact, Bulu and Ewondo were codified by the first missionaries, who set foot in Cameroon, in order to teach the Bible. Hubert Fernand Nkoumou, COLETON’s coordinator, wants to allow ETON speakers to read and write the idiom. So, he launched a hornbook-backed alphabetization project to teach the essentials of this idiom. First there will be alphabetization with orthography, then alphabetization with grammar.