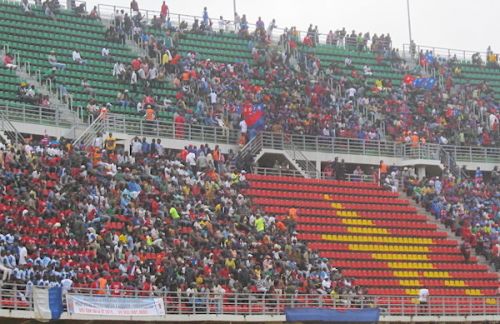 Yes, the Cameroon-Chad friendly match organized in preparation of the 2020 CHAN has been relocated

It seems that the match which was supposed to be played today in Douala will instead be played in Yaoundé, on Saturday. Is it true?

Some say that the friendly match between the Indomitable Lions A' and the SAO of Chad, planned as part of the preparations for the African Nations Championship (Chan) that Cameroon is organizing from 4 to 25 April, has been relocated. This is true. The match, initially scheduled for Friday, January 24, 2020, in Douala, will finally take place tomorrow, Saturday, January 25, in Yaounde. The change in location was confirmed by the Cameroonian Football Federation (Fecafoot) in a press statement issued on 22 January.

"The international friendly match between Cameroon's A team and Chad's team, as part of preparations for the Total Cameroon 2020 African Championship of Nations, initially scheduled at the annex stadium of Bépanda in Douala, will be played on Saturday, January 25, 2020, in Yaounde at the Omnisport Ahmadou Ahidjo stadium at 4 pm," Fecafoot said, without specifying the reasons for the relocation.

However, anonymous sources at Fecafoot explained: "It's because the stadiums are not ready and have not yet been delivered. Construction firms don't want to take responsibility for their use before they are officially delivered."

This friendly match should complete the third preparatory stage carried out by the Cameroonian A' team, ahead of their participation in this tournament. This is the first official match of the national amateur team against another. The Chan, it should be recalled, will begin in three months. This is a tournament reserved for players playing in local leagues.

The four venues picked for the competition are: the Bépanda and Japoma stadiums in Douala, the Omnisport stadium in Yaounde and the Buea-Limbe stadium in the South-West region.