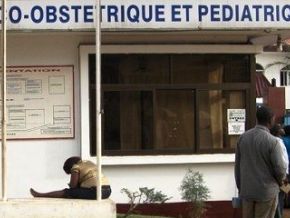 No, there has been no birth of siamese twins recently at the gyneco-obstetric and paediatric Hospital of Yaounde (HGOPY)

Rumors have it that Siamese twins were delivered in that hospital recently. Is it true?

Siamese twins have been recently delivered at the gyneco-obstetric and paediatric Hospital of Yaounde (HGOPY), rumors claim.

It is not really true. The Siamese twins were born on November 6, 2018, at a health centre named Fondation Ze in Ayos, Nyong and Mfoumou department. On November 12, they were sent to the HGOPY where they are currently hospitalized awaiting surgery, according to sources at the ministry of social affairs.

The pre-operative check-up of the Siamese twins attached to each other via the stomach is estimated at XAF25 million. As Cameroon has neither adequate surgery platform nor the required experts, the twins are being taken care of at the HGOPY. The ministry of health has opened a medical evacuation case and an appeal for solidarity has been issued for anyone willing to assist.

"It is nearly five months now since I have been at the gyneco-obstetric hospital with my twins. I need your help. I want my babies to be quickly separated because they are suffering," said the mother Laurelle Ngali, an 18-year old orphan.

Let’s remind that siamese are twins not completely separated at birth. They are rare (one Siamese out of 200,000 births in the world).