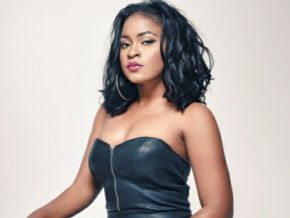 Some days ago, a social media rumor announced a happy event between the two singers Locko and Mimie

Is it one of Mimie’s marketing team’s tricks or a fake news initiated by a fan who wants to make true the rumors of a love relationship between the two artists since February 2018 when Mimie appeared in Locko’s single Booboo?  Nobody can tell.

However, since July 20, 2018, when the artist Mimie confirmed her pregnancy on a Facebook post (after she announced her song  " je m’en fous"), rumors about the possible person responsible for that pregnancy sparked on Social media. Most of the posts indicate that it is Locko.

Even though Mimie has not cleared the rumors on her official social media pages or offer further details into her private life, she is clear on that point: Locko is not the father of the child she is expecting.

She said it to the website betatinz.com which apologized for an article it published previously.

Meanwhile, on Instagram, Locko offers his congratulations to his fellow artist without further comments however.